Written by Ariane
Updated over a week ago 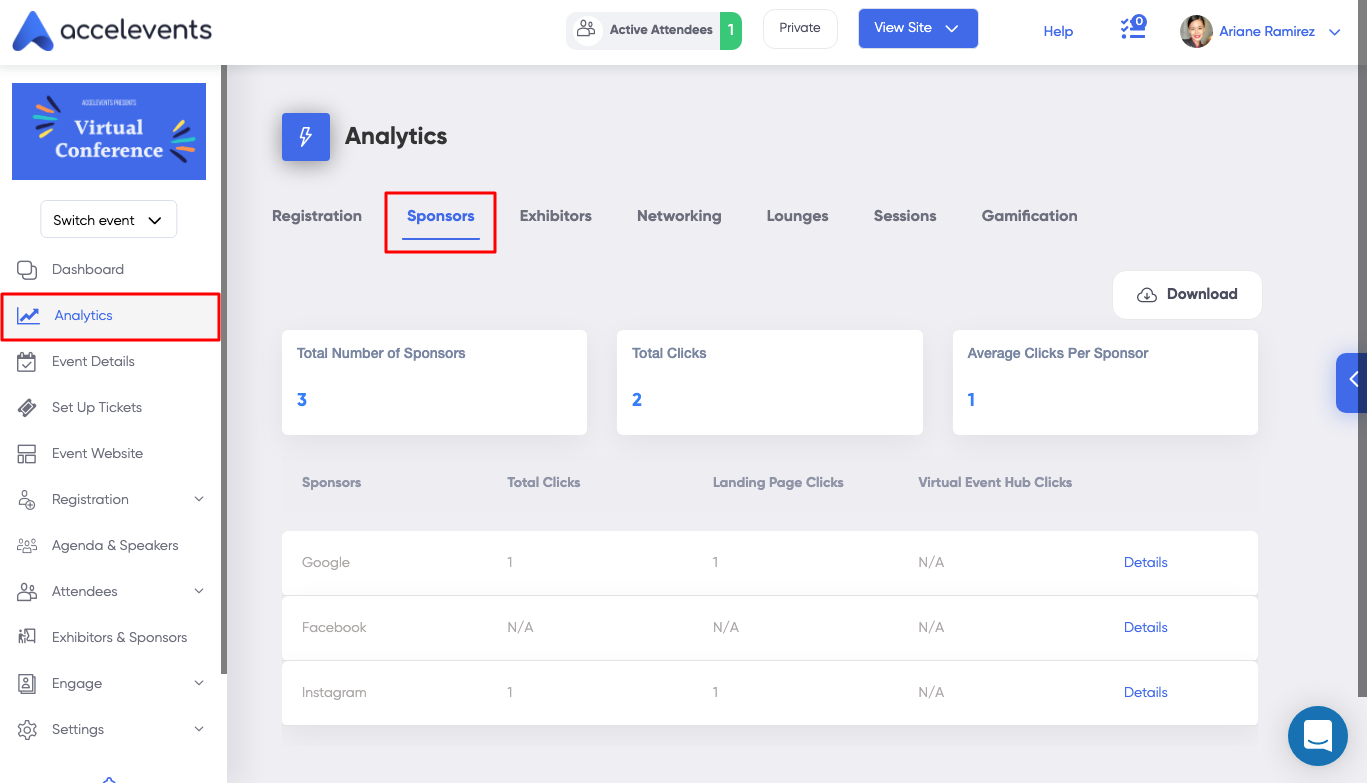 In the Sponsors Analytics page, you'll find 3 boxes on top:

The Download Button allows you to download a .csv report for all sponsors with the following data:

When you click Details from each sponsor, you'll see a breakdown of where the clicks came from and how many clicks per area

Does it count just unique clicks?

Are admins counted in the clicks?

Is there a way to know from which session they clicked the sponsor?

Is there a way to know which attendees clicked on the sponsor?