See the number of connections, matches, and meetings made on your event!

Written by Shella
Updated over a week ago

Reviewing your analytics can give you a better understanding of your audience's behavior. The results in your analytics can also determine what approach and adjustments you need to do on your next event. With Networking Analytics, you'll know how many matches, meetings, and connections your attendees made through the networking session.

In the Networking Analytics Page, you'll find 5 boxes on top:

Note: Total Messages Sent feature is still in progress so a Coming Soon message is seen

There are 2 tabs under the Networking Analytics Page, Networking Sessions, and Connections.

When the Download button is clicked, a CSV file containing information on attendee matches will be downloaded. 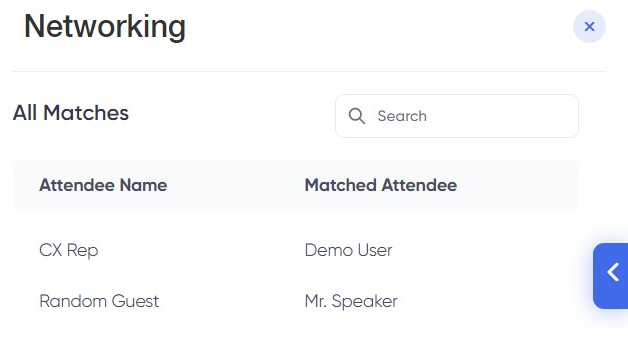 The Connections tab shows the attendees of the event. You'll find the following information:

When the Details button on an attendee is clicked, an All Connection menu will slide in from the right side, it will show a list of all attendees they've connected with in the event. 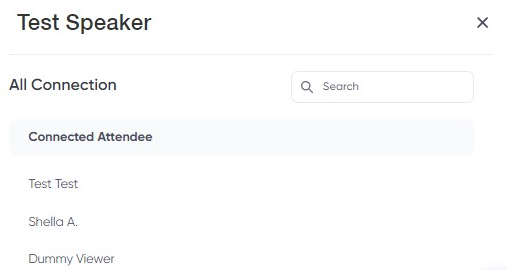