Have your exhibitor and sponsor logos appear in different areas of your event for more exposure!

Written by Alexa
Updated over a week ago

The Logo Carousel displays the logos of your event sponsors and exhibitors. This is located in the upper right corner of the virtual event hub, just above the chat area. Depending on where you are in the virtual event hub, you'll be seeing different sets of image streams. Below you'll learn where those logos will appear and how to make them appear there!

Three areas where the logo carousel can be found:

This displays the logos of your event sponsors in the lobby. Upon adding sponsors into your event you have the option to have their logos displayed here and also determine the display duration.

Add a Sponsor Logo to the Lobby Carousel 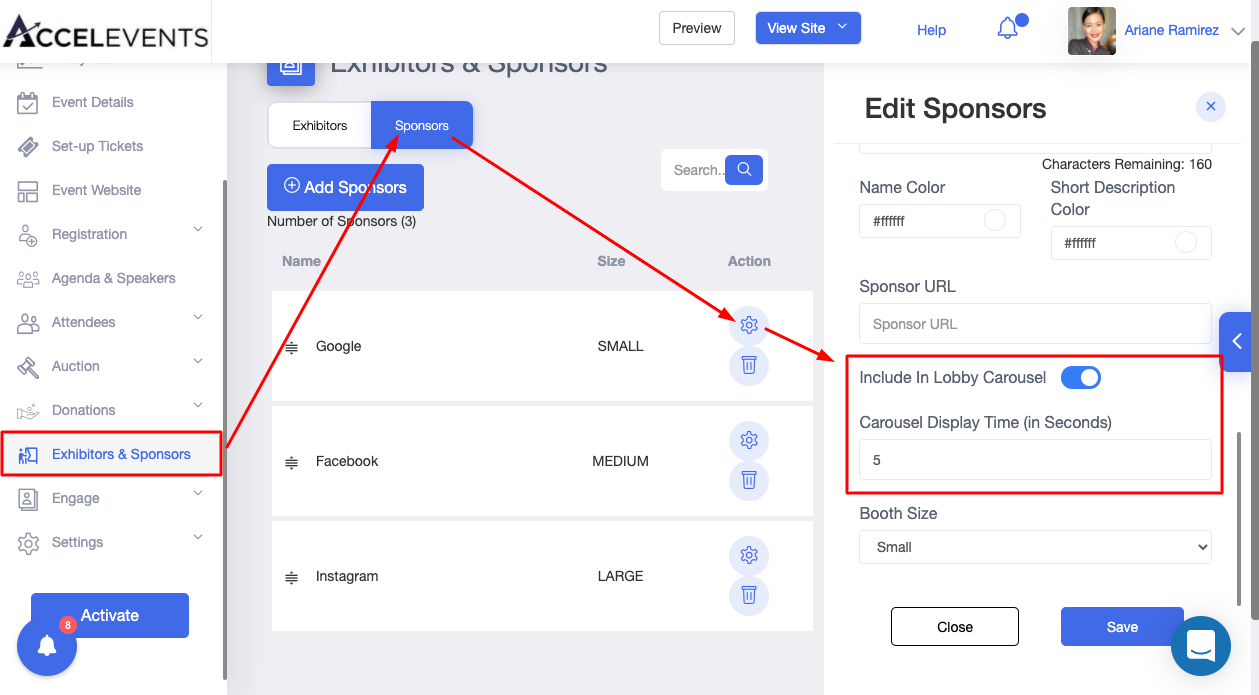 This displays the logos of your exhibitors in the expo. Upon adding exhibitors, same with your sponsors, you have the option to have the exhibitor logos displayed here and also determine the display duration.

Add an Exhibitor Logo to the Expo Carousel

This displays the exhibitor and / or sponsor logos inside a session. Aside from their logos appearing on the session carousel, they also appear in the sponsoring company tab. 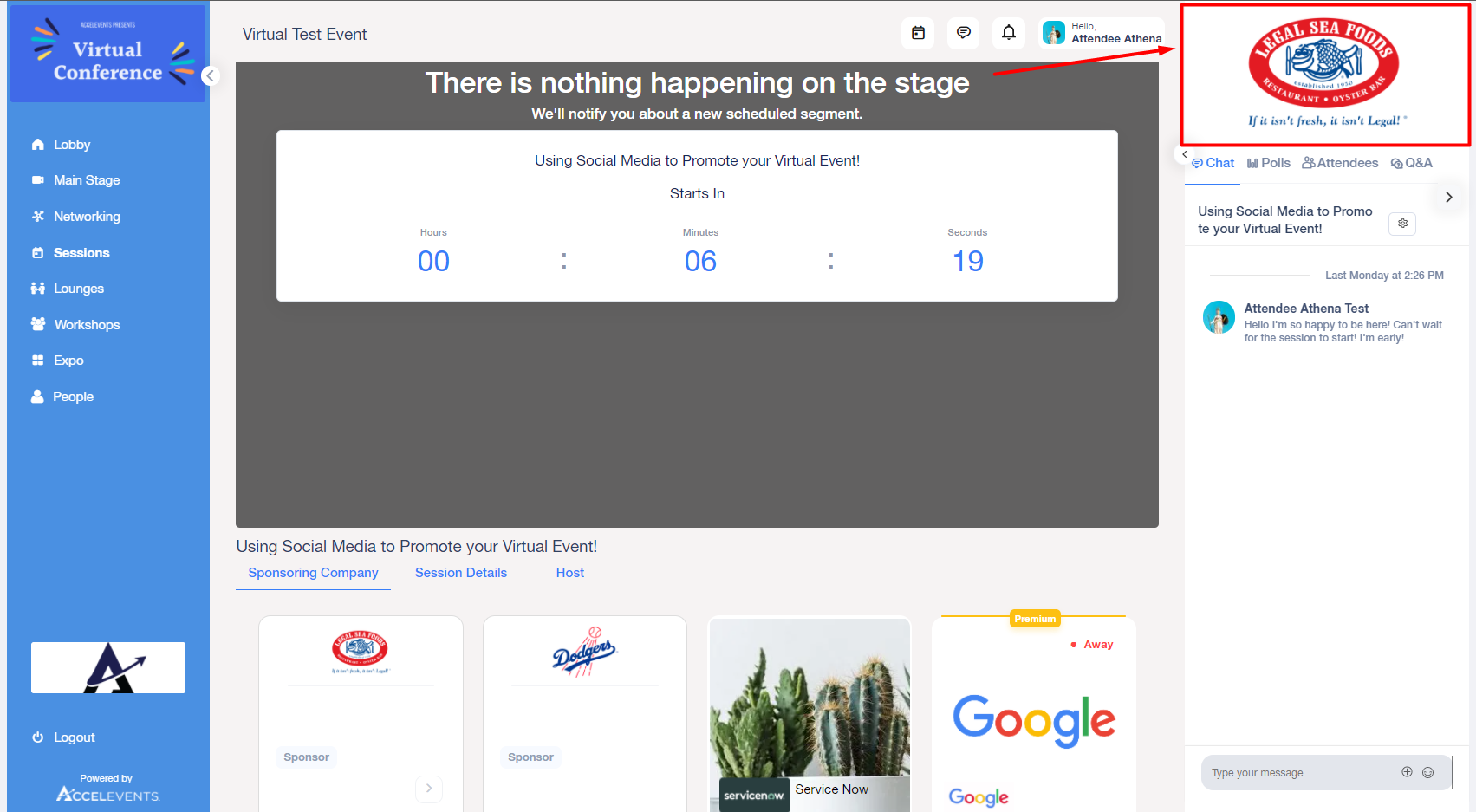 Add Exhibitor and / or Sponsor Logos to the Expo Carousel

In what order will the logos appear?

From which direction will the logos appear?

Is there a way to make them appear from top to bottom or bottom to top instead of left to right and right to left?

Can both exhibitors and sponsors logo show in the same carousel?

How can I add a sponsor logo to the expo carousel and vice versa?

Which logo shows first in the session carousel, the exhibitor's or the sponsor's logo?

Can all sessions have a session carousel?

What's the maximum and minimum duration can I logo show in the carousel?

Can I have more than one logo / image per exhibitor or sponsor?

Will a gif logo work in the carousel?

What if I don't have exhibitors or sponsors but I want to use the carousel to feature speakers or other images?

Will the carousel work even if the chat is disabled?

Can I have the expo card image or the sponsor card image appear in the carousel instead of the logo?

Click here to know more about Sponsors and Exhibitors
Did this answer your question?